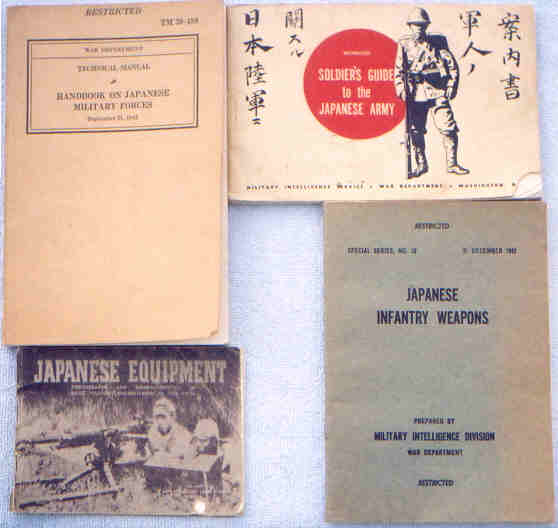 To see the extract from the US War Department Technical Manual TM 30-480 Handbook on Japanese Military Forces, September 21, 1942 edition, please click here: Handbook on Japanese Military Forces (Sept 42) (There is also a later edition of this book dated October 11, 1944. I have an original of that one as well as a much more common reprint and even a Japanese-language translation of it).

To see the extract from the June, 1943 publication of the GS (Int), Adv HQ Allied Land Forces, SWPA entitled Japanese Equipment, please click here: Japanese Equipment (SWPA) (This seems to be a Commonwealth publication from Australia or the UK, as it says that its contents are not to be communicated to anyone who does not hold “an official position in His Majesty’s Service”.)

And to end up with a pretty picture, here is a WWII US military poster for identification of Japanese infantry weapons. It is about 17” X 23” and appears to have been a pullout from a magazine. 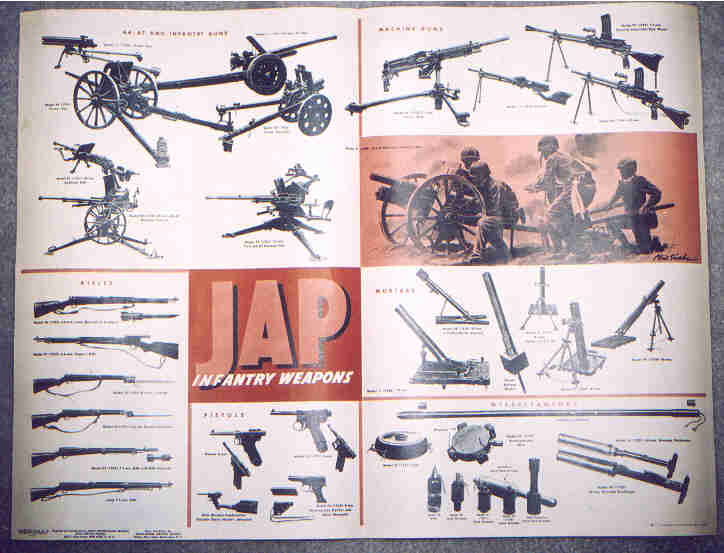 Last updated: July 4, 2006. All contents are copyright Teri unless otherwise specified and may not be used elsewhere in any form without prior permission.