What is believed to be the largest gun show in is held by the Alberta Arms and Cartridge Collectors’ Association (AACCA) each Easter Weekend in ’s Roundup Centre on the Stampede Grounds. The 2007 show had about 650 tables and was held April 6-7. My display won Best in Show in the Militaria category. This was the category for military firearms. Civilian firearms displays were in the “Arms” category and non-firearms displays were classified as “Historical”. Unlike in previous years, there was no overall “Best in Show” award.

Here is an overall view of the display. It was 32 feet long (four 8-foot tables). The display panels with explanatory background are the same as in previous displays shown on the site (see the Calgary 2006 display page, for example), so here I will just show what was in the cases and comment on what was different from last year’s Calgary Show. I had a good spot just inside the entrance. The display is arranged chronologically from right to left rather than left to right in order to match the direction of the visitor traffic flow. 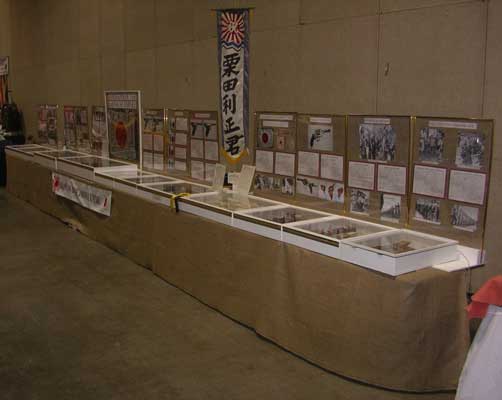 I had to reduce the size of the case of reservists’ items to this 18” case (my smallest) so I could use the 24” case I used last year to expand my presentation of Type 94 pistols. 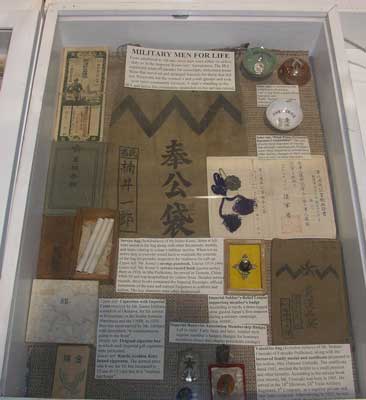 Here are items from the women’s and youth’s organizations that helped organize send-off parades and other support activities for the soldiers. 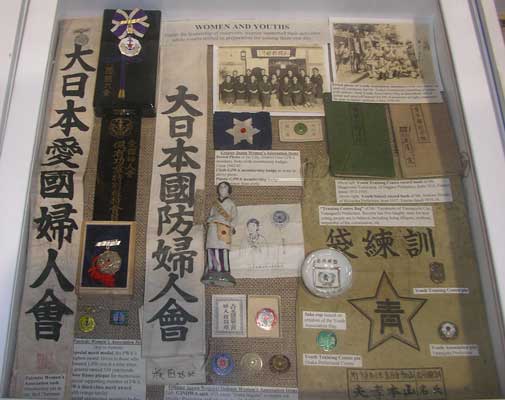 New in this Type 26 display case is the metal Russo-Japanese War sake cup in the upper left. It was part of a four-item set of things from one soldier (along with his service medal and certificate and his service record book). 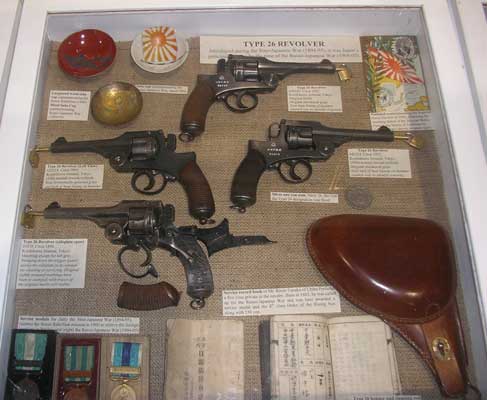 The main change in this case was the unusual imonbukuro (comfort bag) in the lower left, second from the corner. This white, hand-lettered bag says imonbukuro on one side and maporu bukkyo nichiyo gakko (Marpole Buddhist Sunday School) on the other. Marpole is a district in the south part of ’s west coast province. The bag was probably prepared to support Japanese-Canadians who had been drafted and had to return to to serve in the China War in the 1930s. With the outbreak of the war between and in December, 1941, it never got sent. I found it at a gun show in in 2006. The seller thought it was a Korean rice bag. is in the Interior of BC and has a Japanese-Canadian community as a legacy of the internment of Japanese-Canadian in WWII. 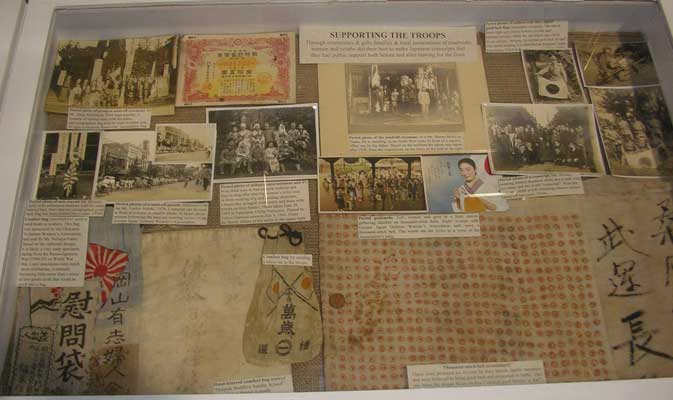 In this case I added a Japanese WWI Victory medal. Unlike other countries’ WWI victory medals, this one does not portray winged Victory on the front, as this Western mythological figure would have had no significance to the Japanese. Instead, it portrays the Japanese mythological figure Take-mikazuchi-no-kami, one of the eight sons of the god Izanagi, who played a key role in ’s foundation myth. 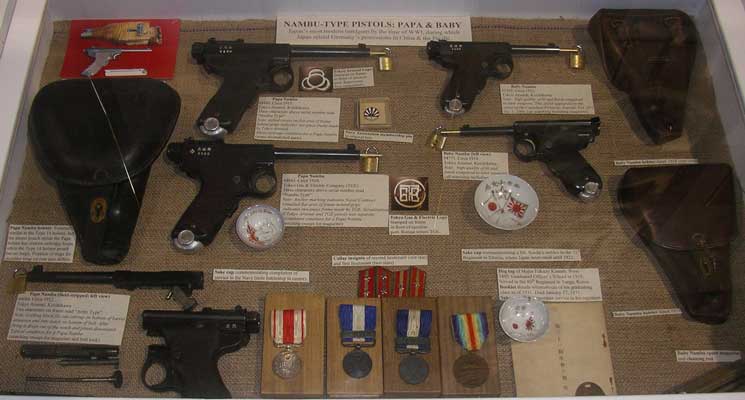 In this case my innovation was to use a tray that was pre-labeled so I did not have to arrange each cartridge individually. Besides several more sectioned cartridges in the tray, this case contained an older style of Type 14 8mm Nambu cartridge box in the upper right (third item from top). The older boxes have more extensive labeling on the bottom. 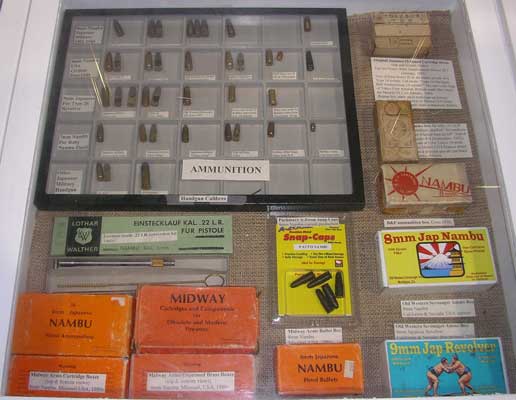 This case had the biggest changes of any, although it may not be immediately apparent. The top two pistols are new this year. Both were made by the Chigusa factory of Nagoya Arsenal, the first maker of Type 14s. One is dated 3,2 (February, 1928, the 16th month of production) and the other is dated 7,3. These are very rare, as the Chigusa factory only made 7,800 pistols. There were two main variations of markings, and these two pistols represent one of each. In the bottom centre of the case the right-most medal is also a new addition, a Manchurian National Foundation merit medal. I think it is one of the most attractive medals in my collection. 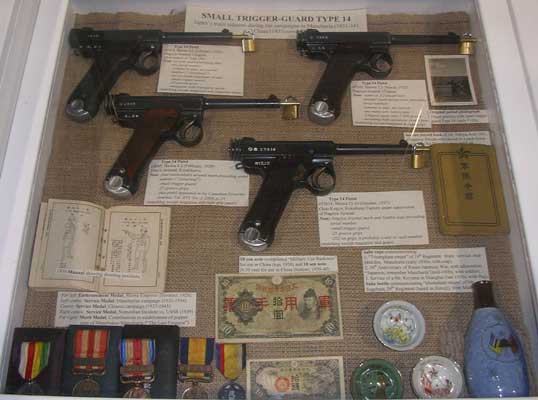 The early leather holster variations for the Type 14 are shown here. 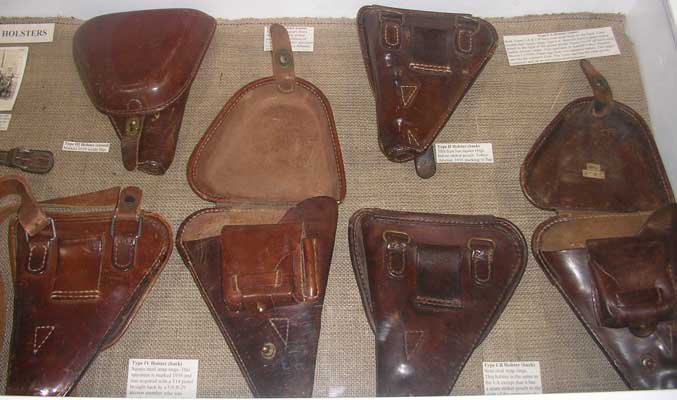 Here are the later leather variations. 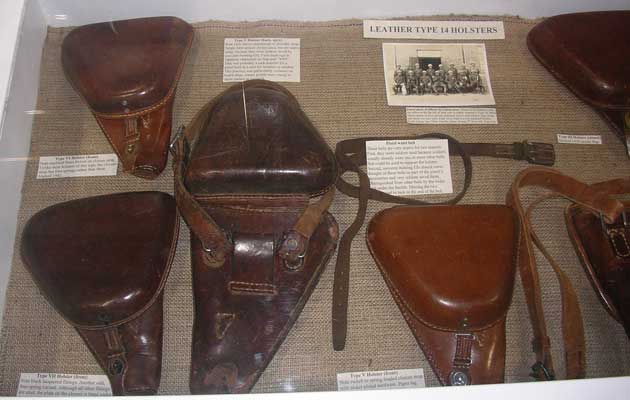 This case shows the rubberized canvas holsters for the Type 14. The holster in the upper right was a major addition this year: it is a transitional holster with rubberized canvas body and leather clamshell flap. 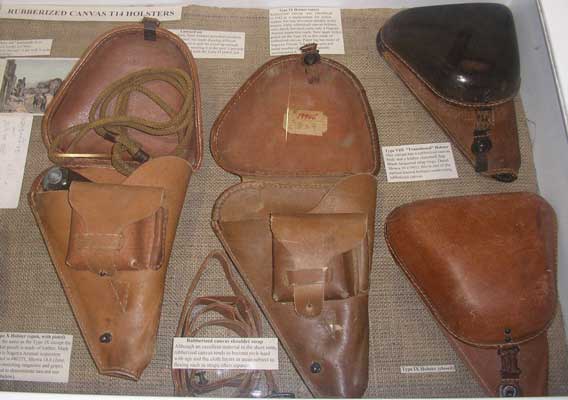 The left side of the case has other field equipment like a mess kit, water bottle and bugle. Someone must have bumped the case just before I took the picture. This is a continual problem as I am always straightening things. It is a good thing I have everything under plexiglass, as visitors are really quite careless in leaning on the cases. 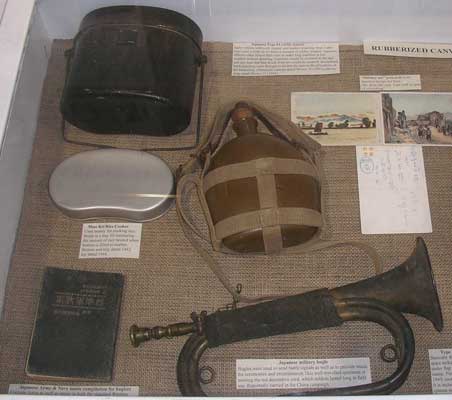 Large trigger guard Type 14s from the company established by Kijiro Nambu himself. No major changes here, although at the show I made a major pistol purchase from an estate that will allow me to upgrade a couple of these specimens next time I do this display. 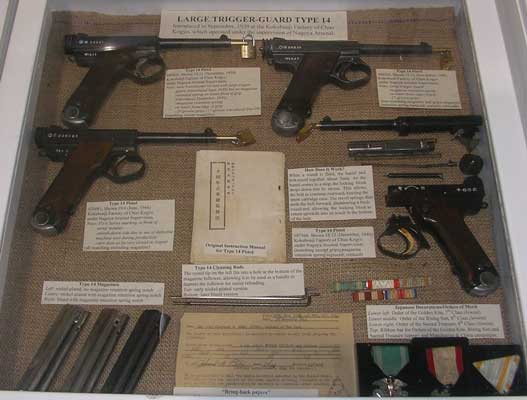 I had to squeeze one extra pistol into this case of Toriimatsu Type 14s. The newcomer is in the upper right: an 18.12 dated pistol. It is one of the first 8,000 in the Second Series that retained the First Series appearance (grooved cocking knob). 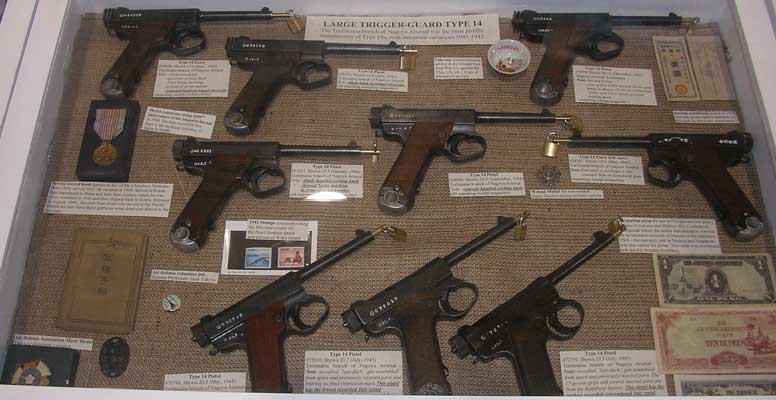 I had to expand this case and use a 24” rather than last year’s 18” because of several additions over last year’s display, most notably the 19.8-dated pistol with wooden slab grip at the bottom and an original Type 94 pistol manual (centre top). The latter is one of the rarest items in the display. 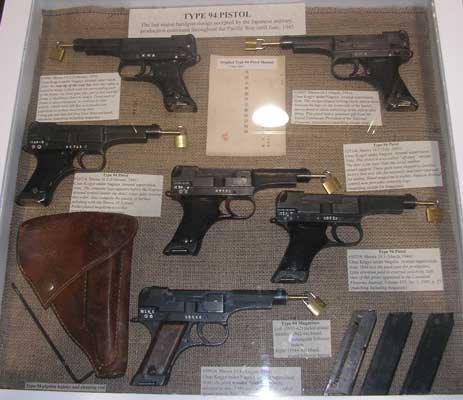 Here is me with my “Best in Show-Militaria” award plaque and a cheque for C$300 (about US$250). Second prize in this category went to a display on ’s mounted forces. 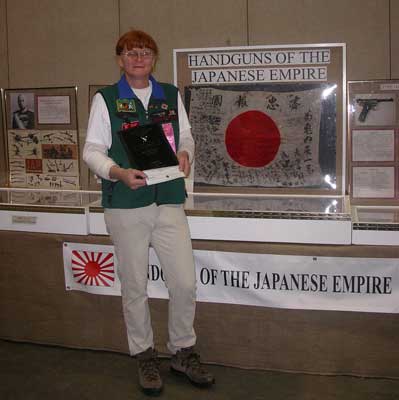 Here is a close-up of the plaque. They will send me a little brass plate with my name on it to affix in the empty area below “”. 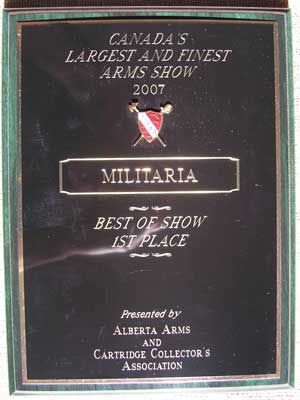 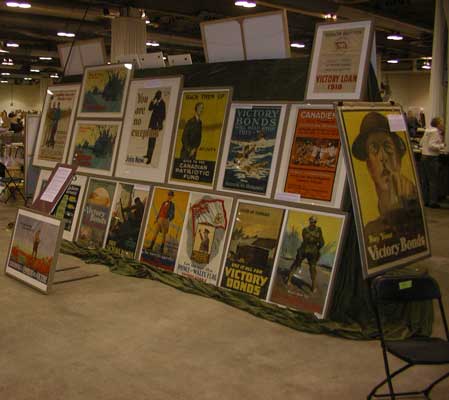 This display of Winchester Model 69s won in the civilian “Arms” category. Second prize went to a display of Remington rolling blocks. 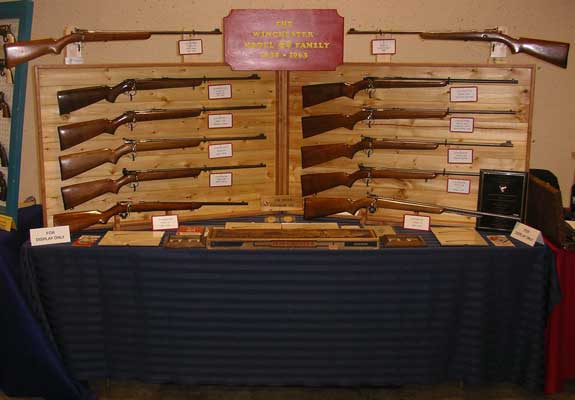 Quite apart from the award I won, this was a very good show for me in terms of acquisitions and networking for future deals. Next year I will probably do a smaller, two-table display including an overview of Japanese pistols, rifles and bayonets rather than this very in-depth presentation of Japanese handguns. The reason is that the couple who have done the bulk of the work in organizing the show for many years will be retiring from that role and a group that includes me has agreed to take over. That means I will be helping with the running of the show and so I won’t have the time to erect such a large display. It took me about six hours to set up and the tear-down took about two and a half hours even with my husband’s help. Over the next year I will be working on a smaller display that is quicker to set up and that can therefore also be used for one-day shows.

Last updated: April 15, 2007. All contents are copyright Teri unless otherwise specified and may not be used elsewhere in any form without prior permission.