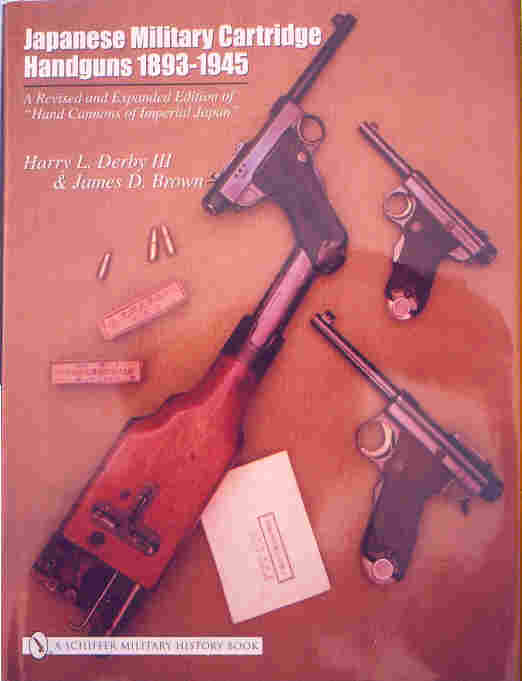 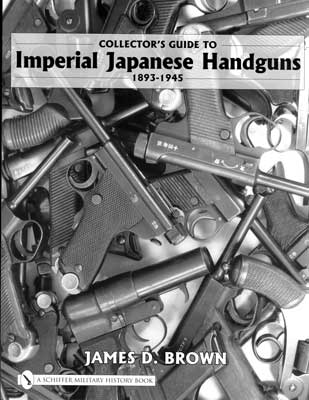 There are two key books on Japanese handguns. The one on the left is a must-have for anybody who is seriously into collecting Japanese handguns, while the one on the right is more for the person really just wants to be able to identify what he has and figure out what it is worth. Both are from Schiffer Books:

Japanese Military Cartridge Handguns 1893-1945 by Harry Derby and James Brown just came out in late 2003. It is an updated and expanded version of the classic work by Harry Derby, The Hand Cannons of Imperial . While it has a lot of material from the older book, there is a ton of new research presented here as well as lots of great colour photos, a guide to valuation and much more. It lists for US$79.95, though I have seen some booksellers price it a bit lower. Here is a link to the publisher's page on the book. Japanese Military Cartridge Handguns 1893-1945 by Harry L. Derby and & James D. Brown - Schifferbooks.com

Collector's Guide to Imperial Japanese Handguns 1893-1945 by James Brown just came out in late 2007. It is 64 pages and so much cheaper and lighter than the book above. It is US$19.95. It is perfect for the person who wants a handy reference that they can carry around at gun shows so that if they see a Japanese handgun they can identify it and figure out how much it is worth. It would also serve well for the general WWII collector who may have a few Japanese pieces and wants a short reference to help understand them, but doesn't need all the historical details and such that are in the much larger volume. Here is a link to the publisher's page on the book.

Mr. James Brown, who wrote or co-wrote the above books, has also graciously offered to respond to questions about Japanese handguns. You can contact him at the following e-mail: “NambuKenjyu” then “@”, then “hotmail.com” (I have separated the parts of his e-mail so it doesn’t get harvested and result in a lot of spam jamming up his inbox; don’t type the quotation marks, just what’s between them). 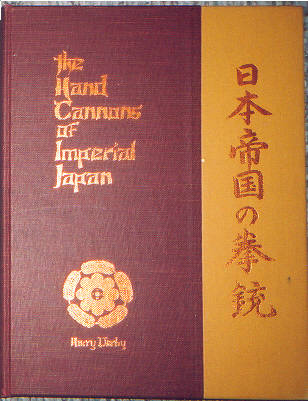 If you’d like to get a copy of the original book, The Hand Cannons of Imperial Japan by Harry L. Derby (Derby Publishing Company, Charlotte, NC, 1981), check eBay. This book shows up often enough on eBay that you can probably find a copy there if you track it for a month or so and are willing to bid enough. The Japanese writing along the right means literally “Handguns of the Japanese Empire” ( teikoku no kenju). I bought my signed copy from the estate of a prominent dealer in guns and collectibles for C$125 each, or about US$95. I suspect that the price has declined now that there are more up-to-date books available.

What else is out there?

There seem to be two other main books on Japanese WWII handguns that are currently available, Military Pistols of Japan, 3rd Edition, by Fred L. Honeycutt, Jr. (Julin Books, Palm Beach Gardens, Florida, 1991) and Japanese Hand Guns by Frederick E. Leithe (Borden Publishing Company, Alhambra, California, 1968; second printing 1985). Both are pictured above. If you have to choose just one of the two books, I would suggest Military Pistols of Japan, which has lots of pictures, but also lots of explanatory text. Japanese Hand Guns has a ton of photos, but hardly any text (In August, 2003 I saw a copy without the dust cover go for US$10 on eBay). Incidentally, the Japanese writing down the right side of that book, “Nihon no kenju”, means “’s Handguns”). I purchased both these books from Gunshow Books:

The Leithe book shows up frequently on eBay, but if you get one please keep in mind that a lot of new information has led to different conclusions than those in this book.

There another older book which is long since out of print and hard to find, though I did see one go for about US$30 on eBay in early 2004 (I paid C$125 or US$95 for my signed copy when I bought it from the same estate mentioned above). Although I think it is not as good as the book, Japanese Military Handguns and Holsters 1893-1945 by John C. Van Lund (Blue & Gray Press, Nashville, Tennessee, 1972) does have some strengths. In particular, it has great coverage of holsters and a lot of photos of parts. One must also remember that it is much older than the other books and was certainly a great step forward at the time. 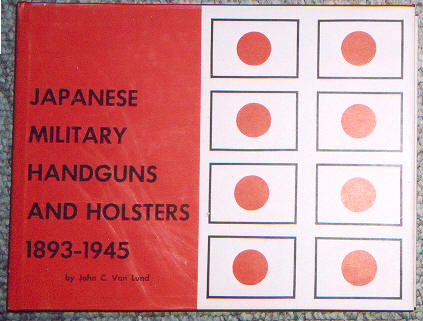 Another book(let) pops up frequently on on-line auction sites. It is called Japanese Pistols of WWII, by D.R. & M.T. Morse (1996). It is actually a photocopied extract from a US War Department publication “Japanese Infantry Weapons”. I have a copy of the original WWII manual and have posted the relevant pages on my site at Nambu World: Japanese Infantry Weapons. It is not very expensive (less than $10, if I recall correctly), but unless you have a really slow Internet connection it is probably easier to just download it.

I also have a book in Japanese that is excellent, and even if you can’t read Japanese, the photos and diagrams make it worth buying. It is a very small volume, about 4.24” by 6” (106mm by 152mm) by Jiro Sayama entitled Koju-kenju-kikanju nyumon (Introduction to Rifles, Handguns and Machine Guns). I paid US$35 for my copy; it costs 1,000 yen (around $10) in Japan. 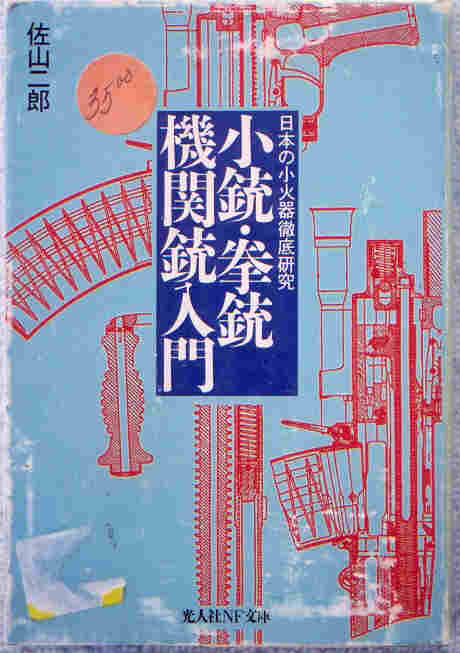 The Japanese-language book Nippon no gunyoju to sogu (Japanese Military Small Arms and Equipment) by Shigeo Sugawa also has reasonable coverage of handguns and the latest edition of the Nakata book Dai nippon teikoku riku-kai-gun gunso to sobi (Imperial Japanese Army and Navy Uniforms and Equipment) now has at least a section of photos of handguns. It is in Japanese but has an English insert that translates the photo captions.

Last updated: January 18, 2008. All contents are copyright Teri unless otherwise specified and may not be used elsewhere in any form without prior permission.

Click here to go back to the main page: Nambu World Home Page